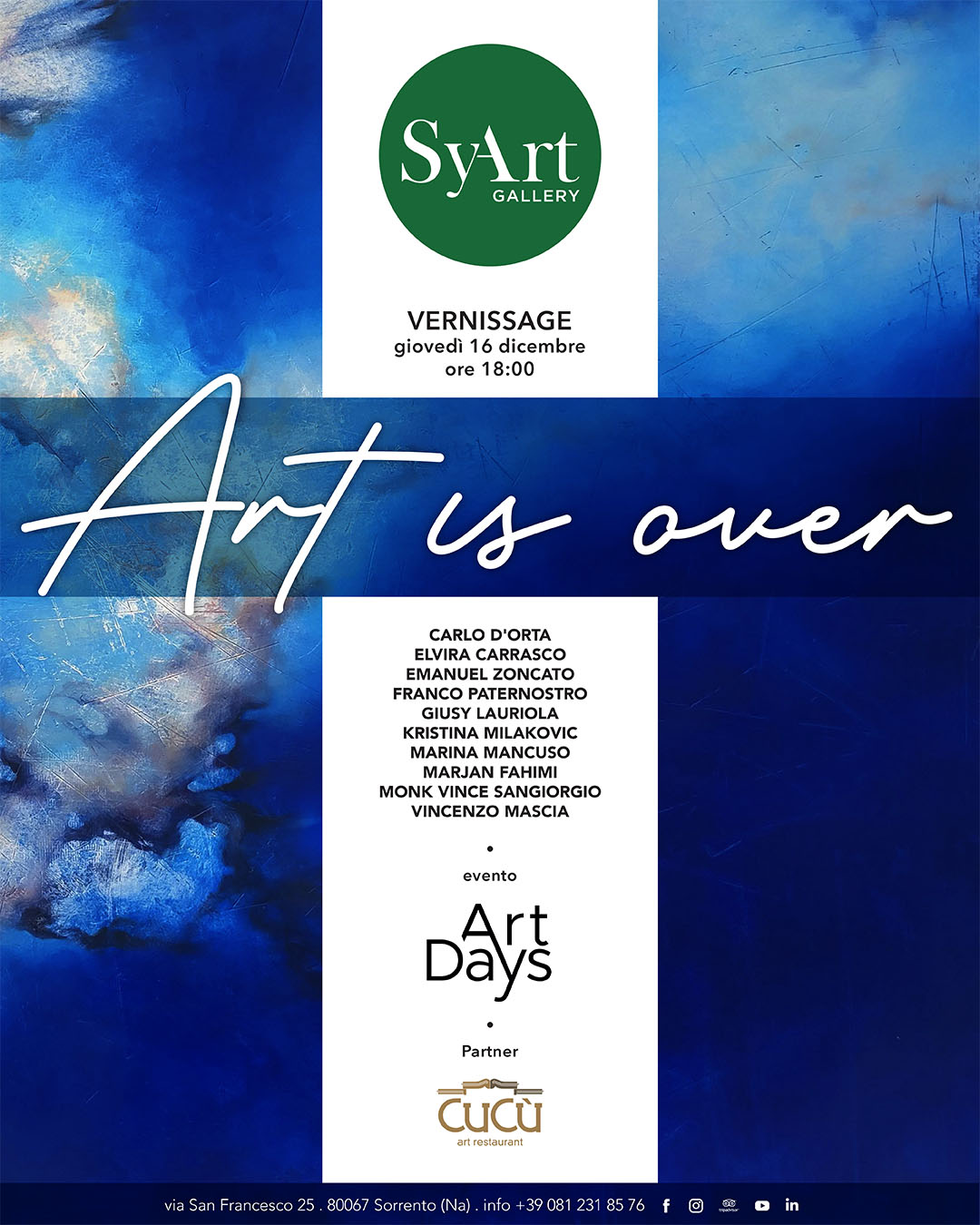 “Art is over”, a light art work by artist Vincenzo Mascia, stimulates a dialogue between artists in the manifestation of form and chromatic flicker. The message peremptorily inaugurates a status quo of an irreversible condition and if art is over, research and experimentation on the other hand tell us of a plurality in being. Blue, which is generally considered a cold colour because it is associated with the sea and the sky, is actually transformed by the combination with other colours, suggesting a conditioned change.
The artists CARLO D’ORTA, ELVIRA CARRASCO, MARJAN FAHIMI, GIUSY LAURIOLA, MARINA MANCUSO, KRISTINA MILAKOVIC, MONK VINCE SANGIORGIO, FRANCO PATERNOSTRO, VINCENZO MASCIA, EMANUEL ZONCATO deal with a changing hue of which we know many different shades today. Starting from Egyptian findings, passing through ultramarine blue, considered for centuries “the true blue”, to the experimentation of Blue Klein IKB, a more opaque version used by the French artist in countless works, isolated and masterfully described by director Derek Jerman in the film “Blue”, and finally arriving in 2009 at YinMn blue, patented under the name Blue 10G513, pure and without the addition of black and white.
The group exhibition open to the public from 16 December to 23 January 2022 aims to structure and elaborate an emotional journey through multiple languages and media, and is part of the “Art Days – Naples and Campania” initiative.
Catalogue on site.

Thursday 16 December a tour by Enrica Guida presents to the public the “SyArt Sorrento Outdoor Museum” with the works of the artists: Tvboy, Dalya Luttwak, Carmen Novaco and Vincenzo Mascia.
Meeting point in Villa Comunale. Duration of the tour about one hour. 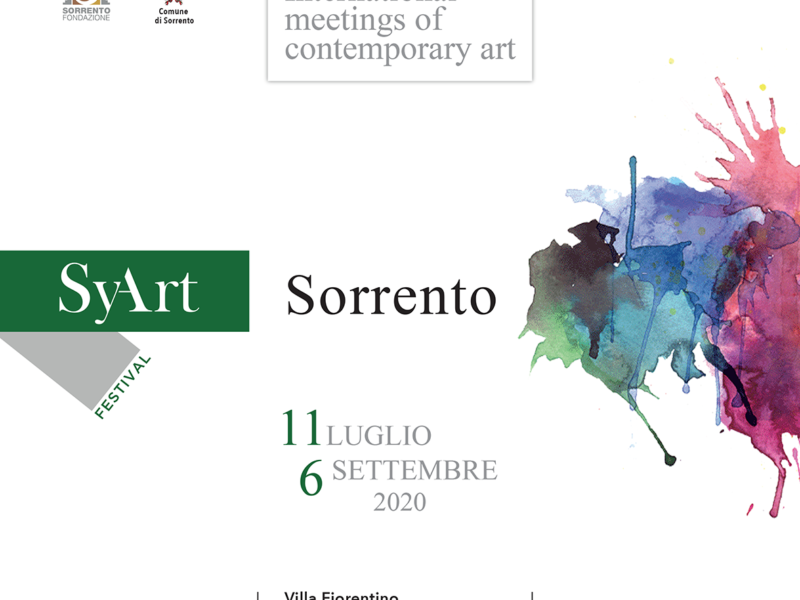 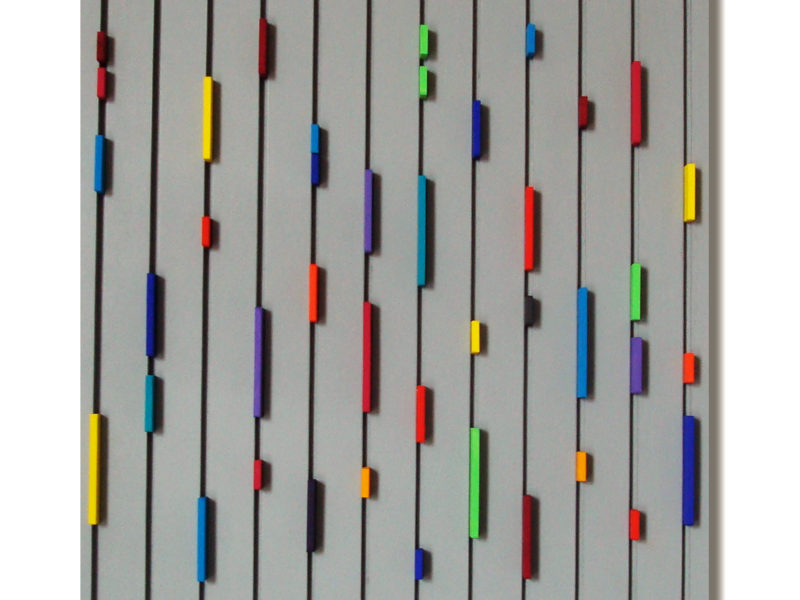 mARTEdì contemporary art section dedicated to contemporary art on moondo online magazine. Today we are with Vincenzo Mascia. Vincenzo Mascia artist, architect and designer of Molise origins, throughout his career he synthesizes and develops an intuition generated during his youthful years: the representation of a possible balance between the parts despite the apparent chaos. At […]