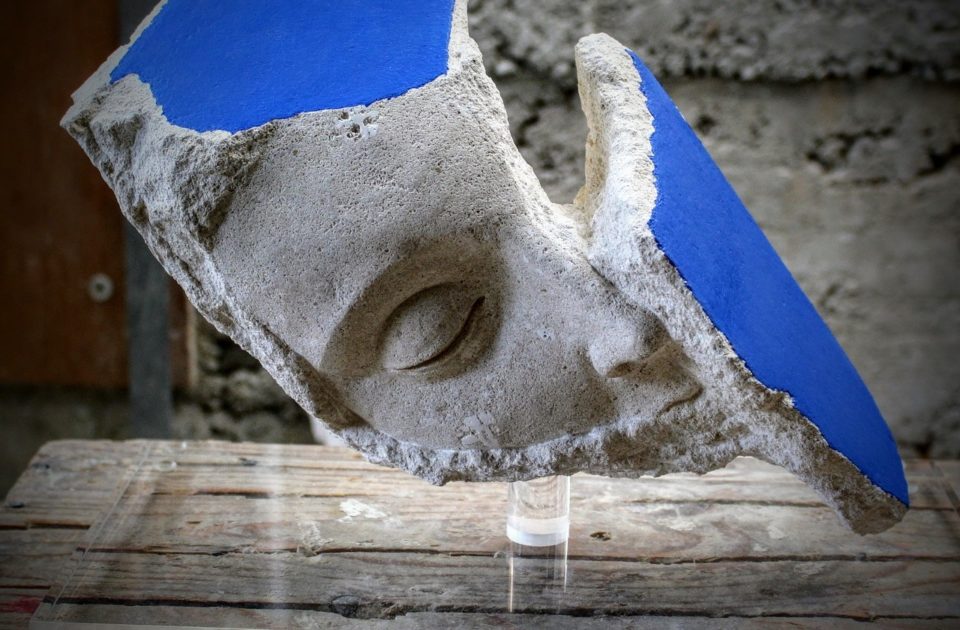 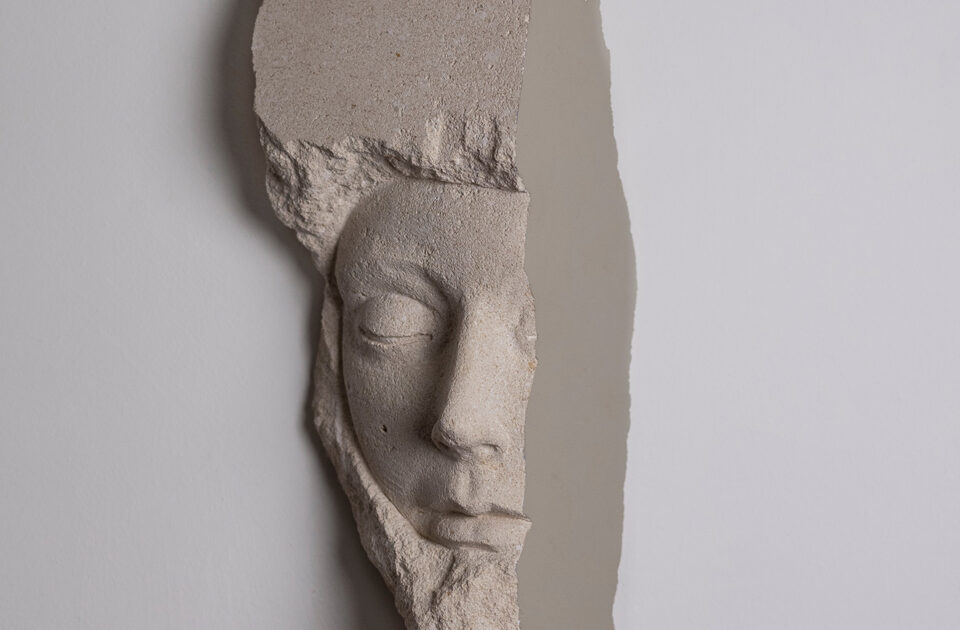 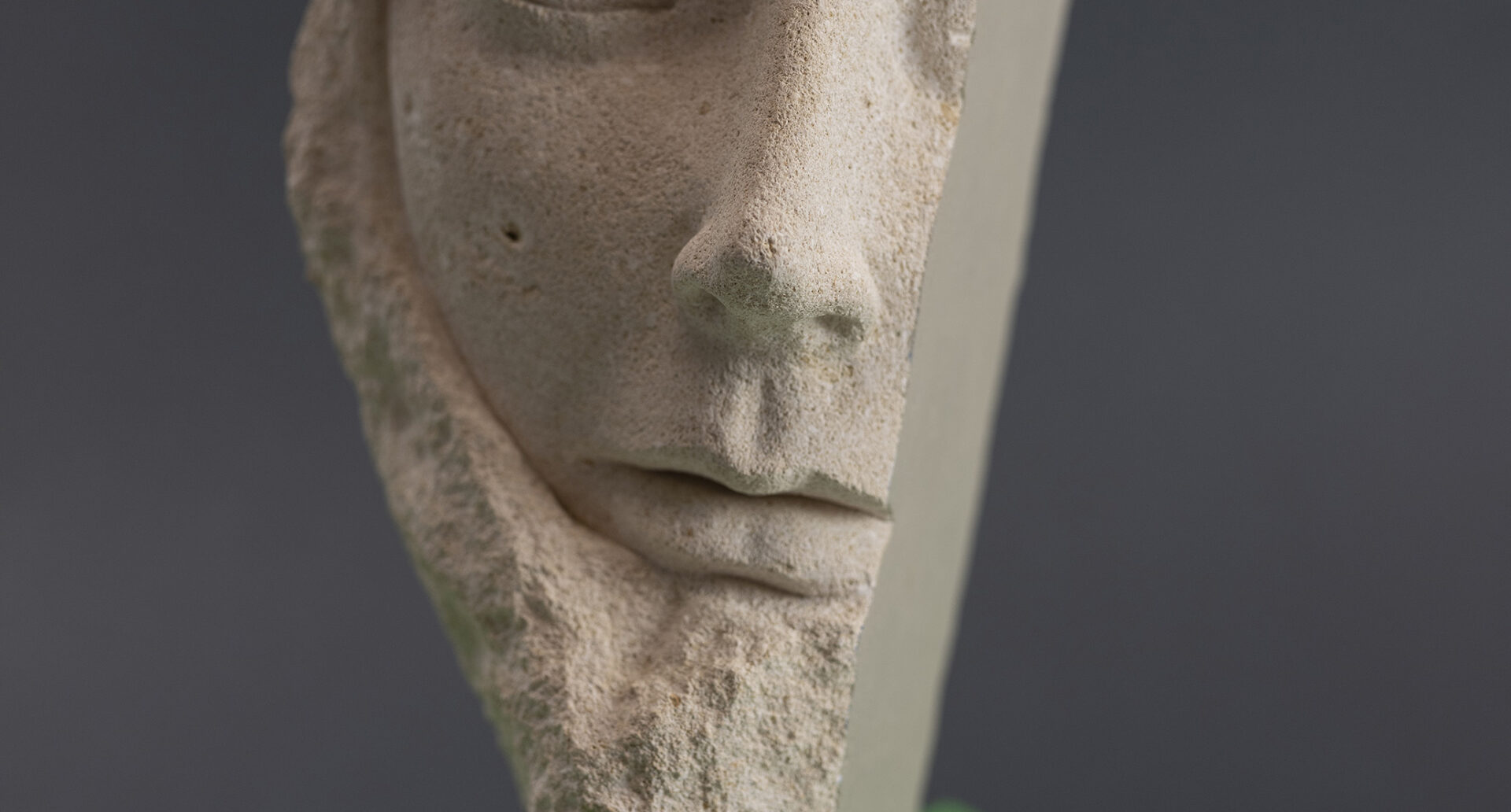 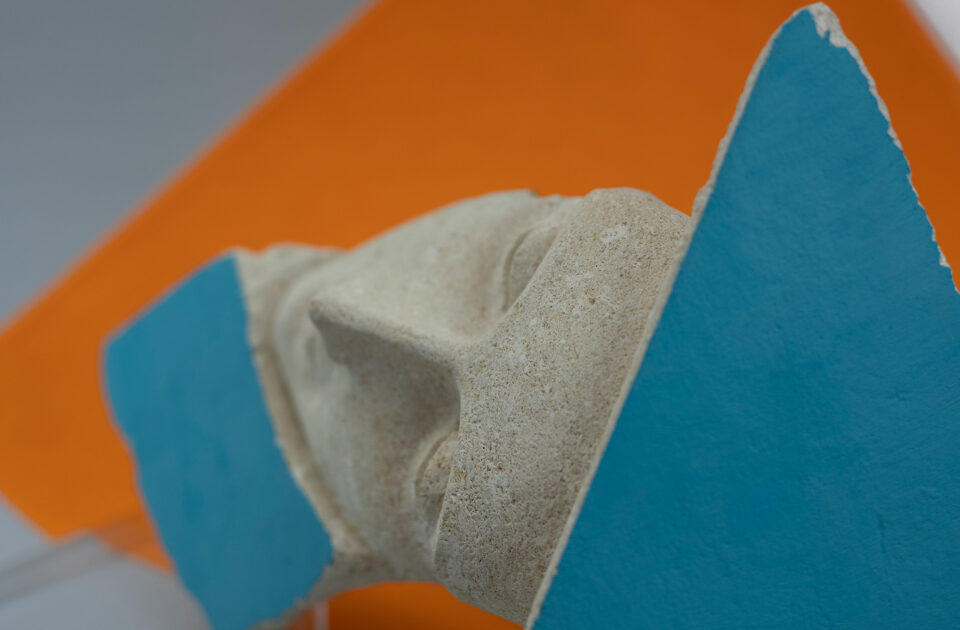 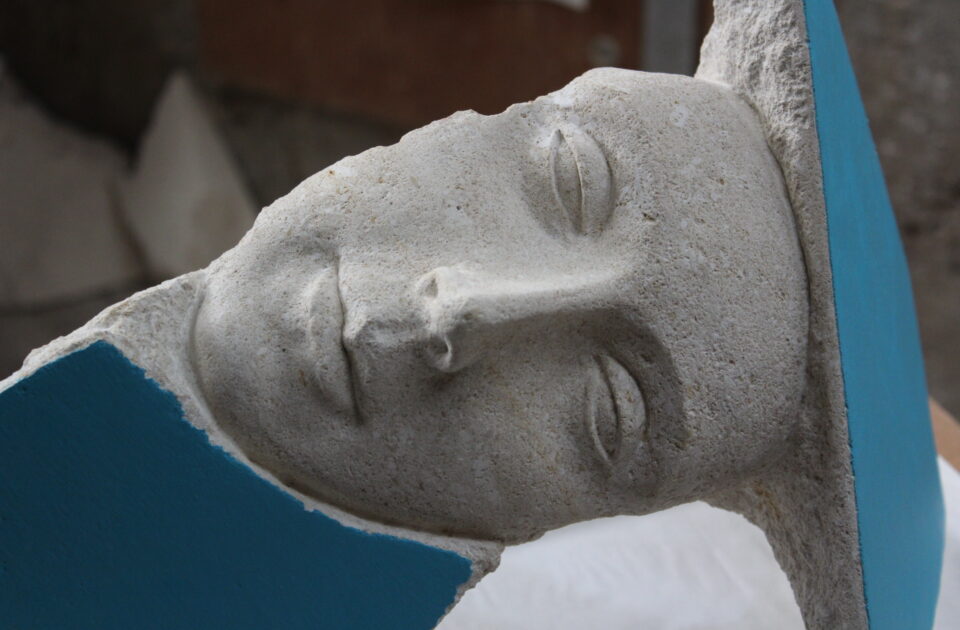 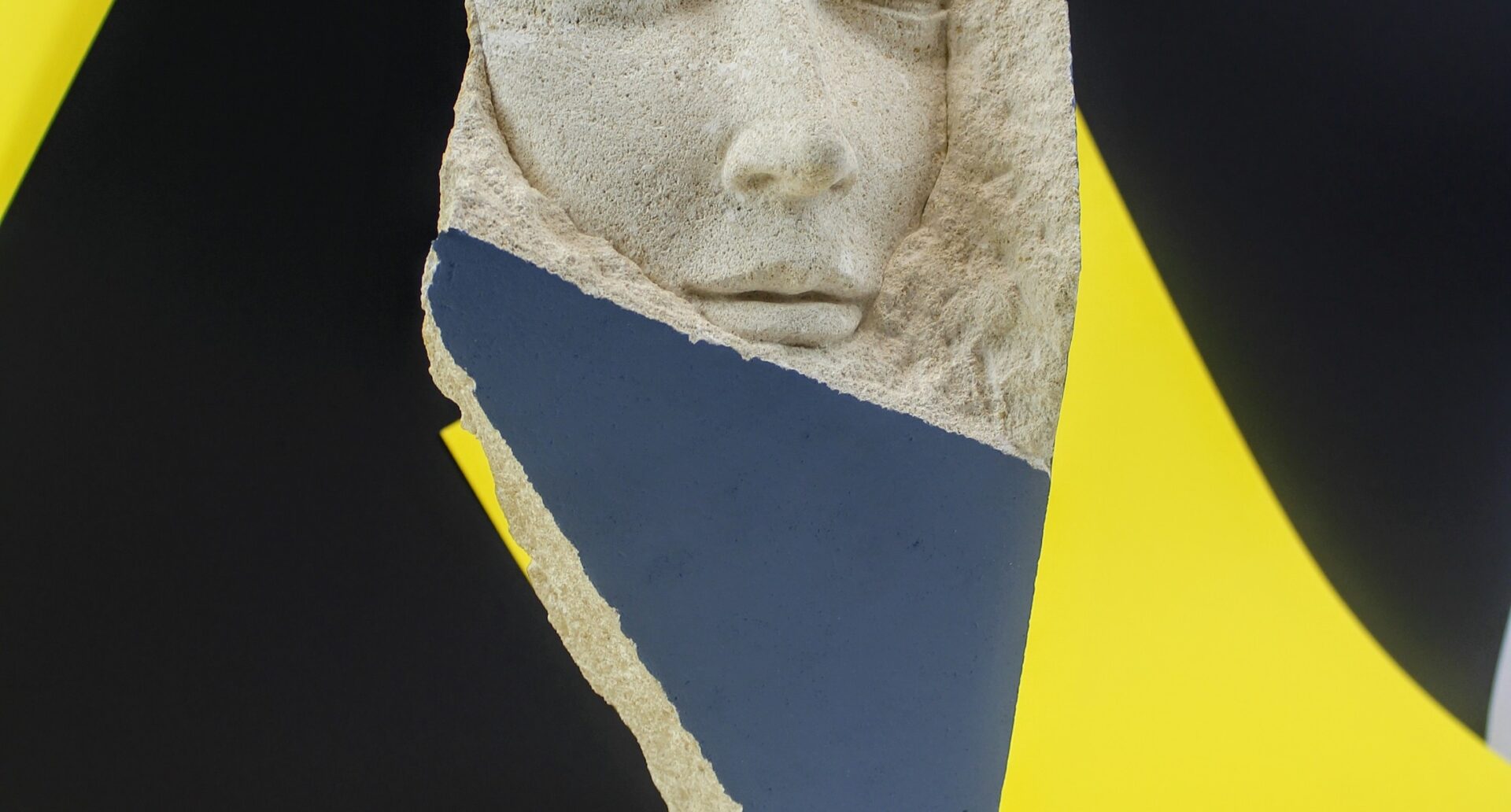 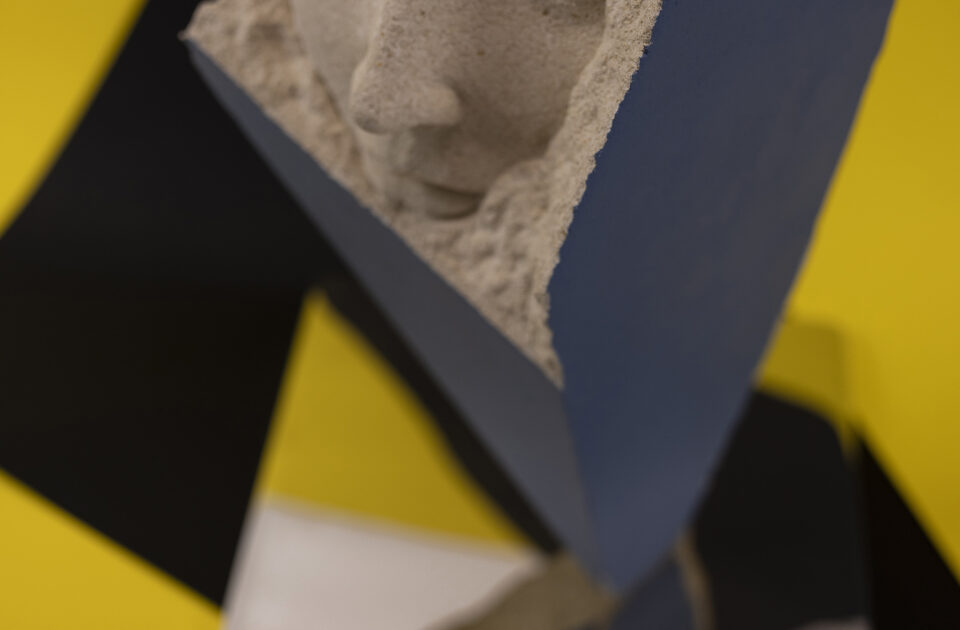 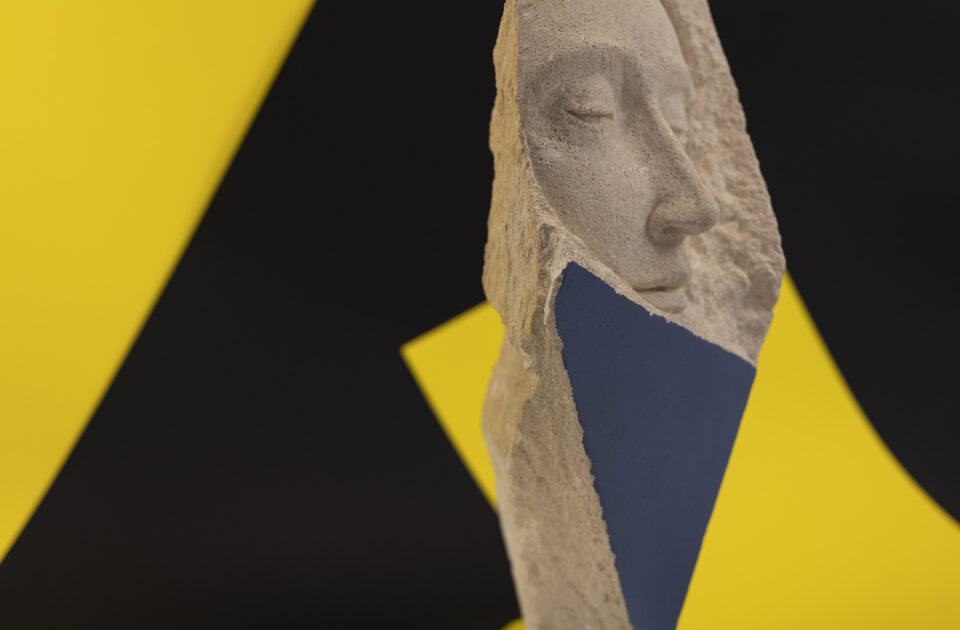 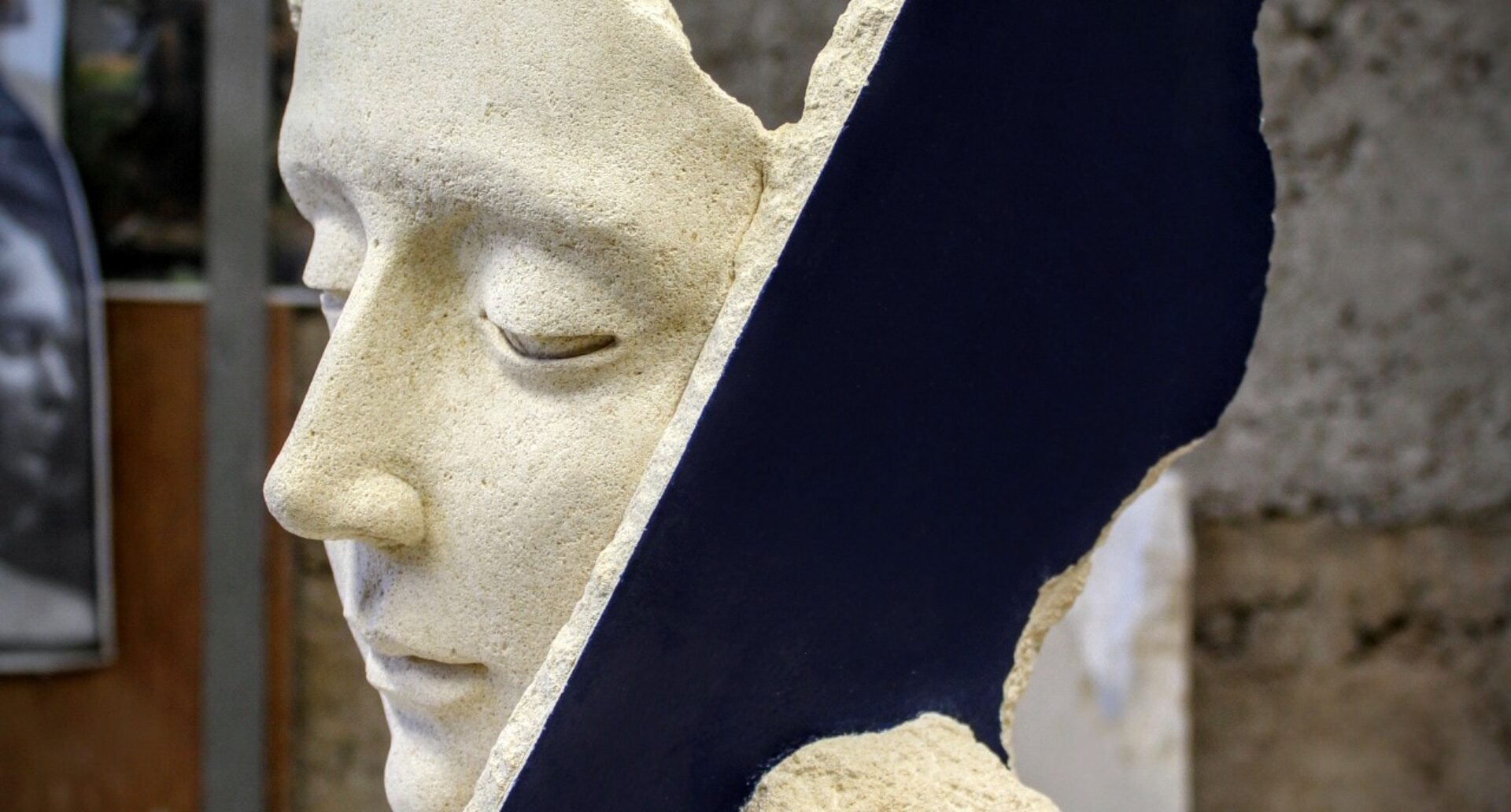 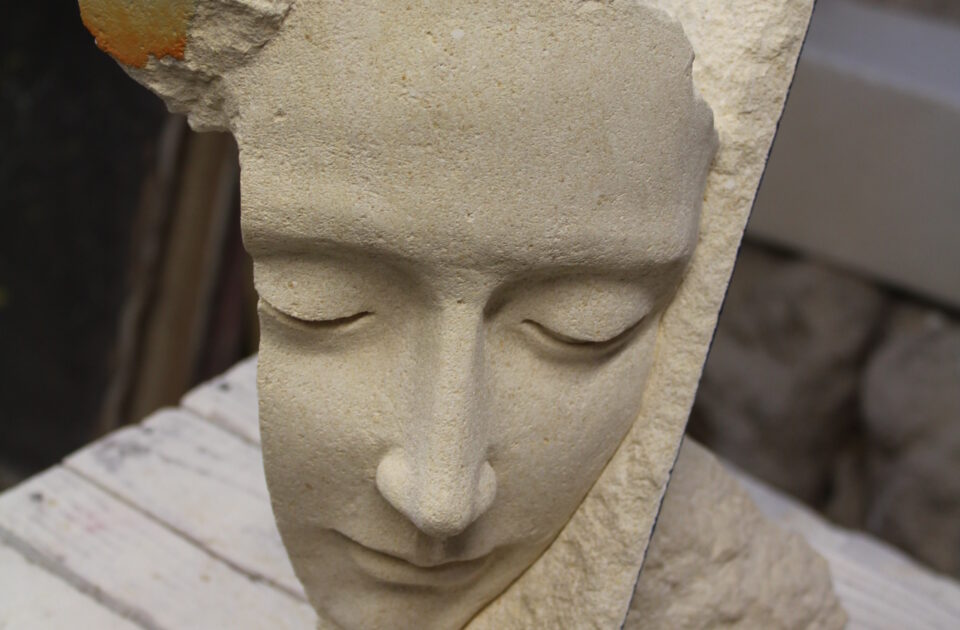 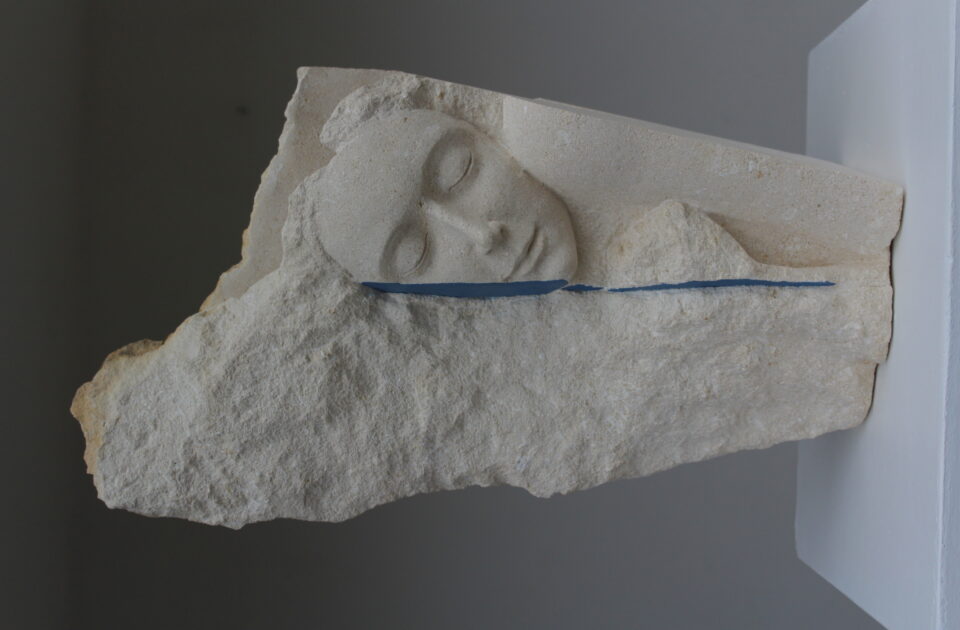 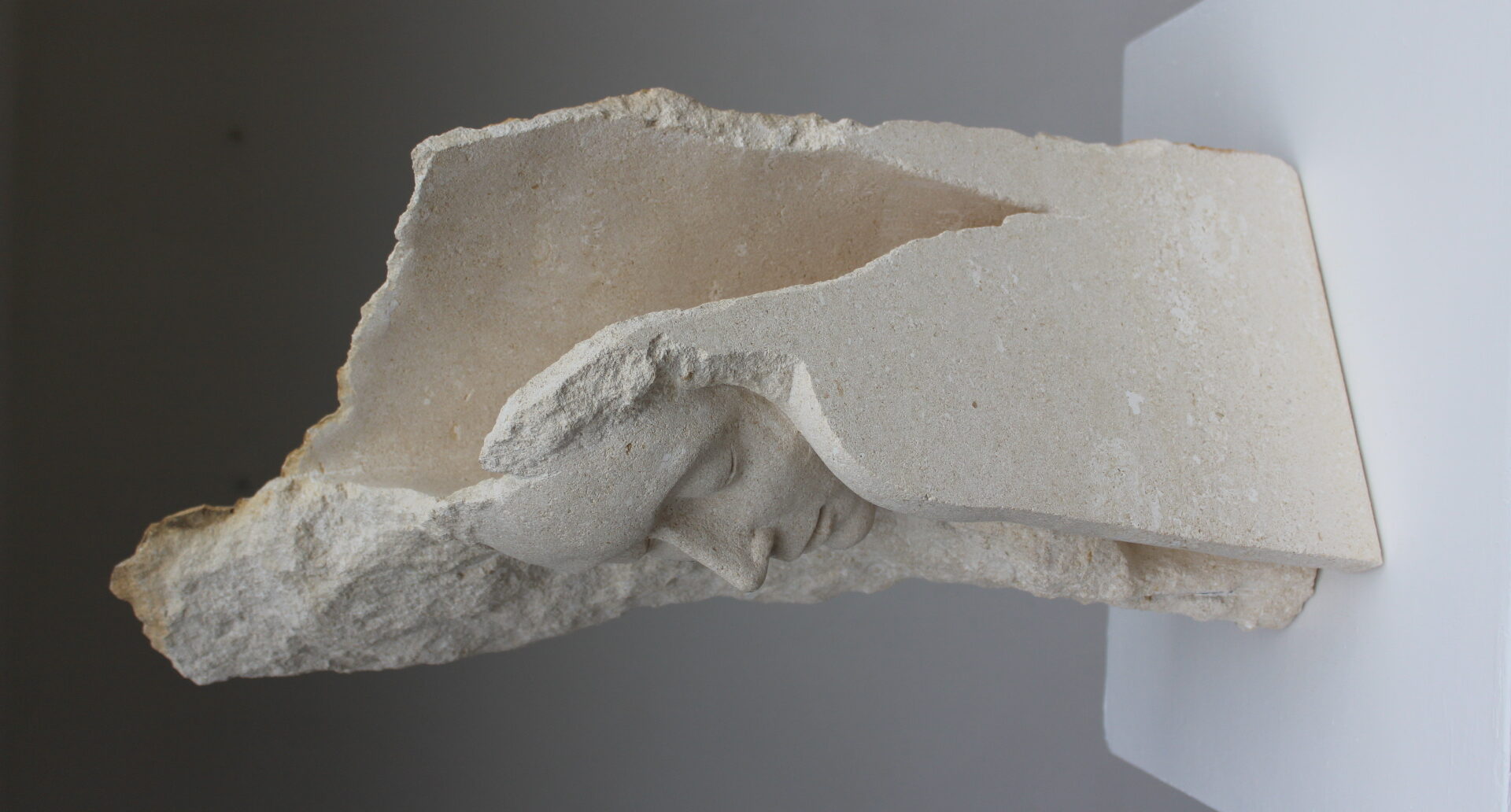 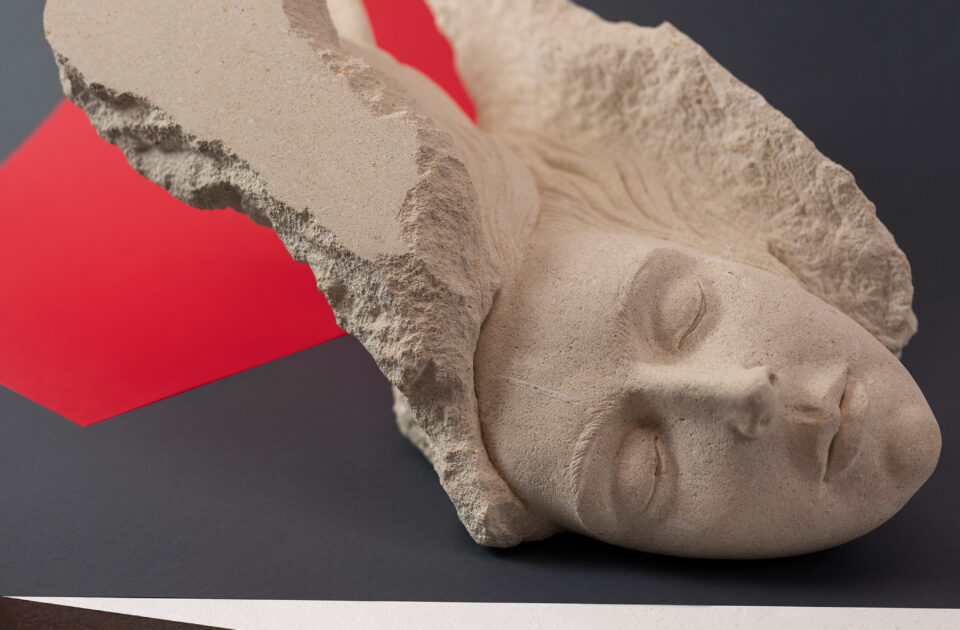 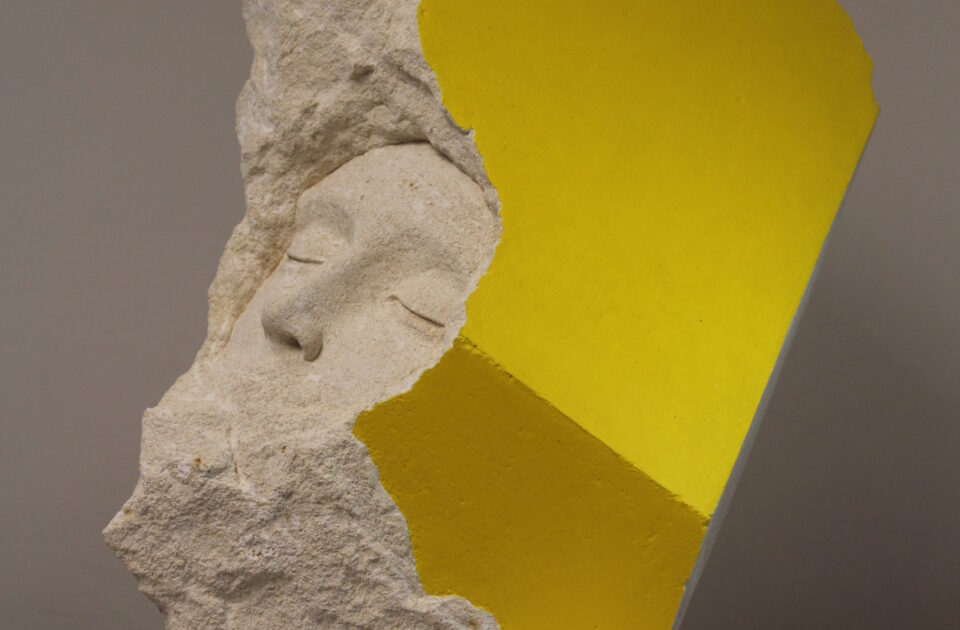 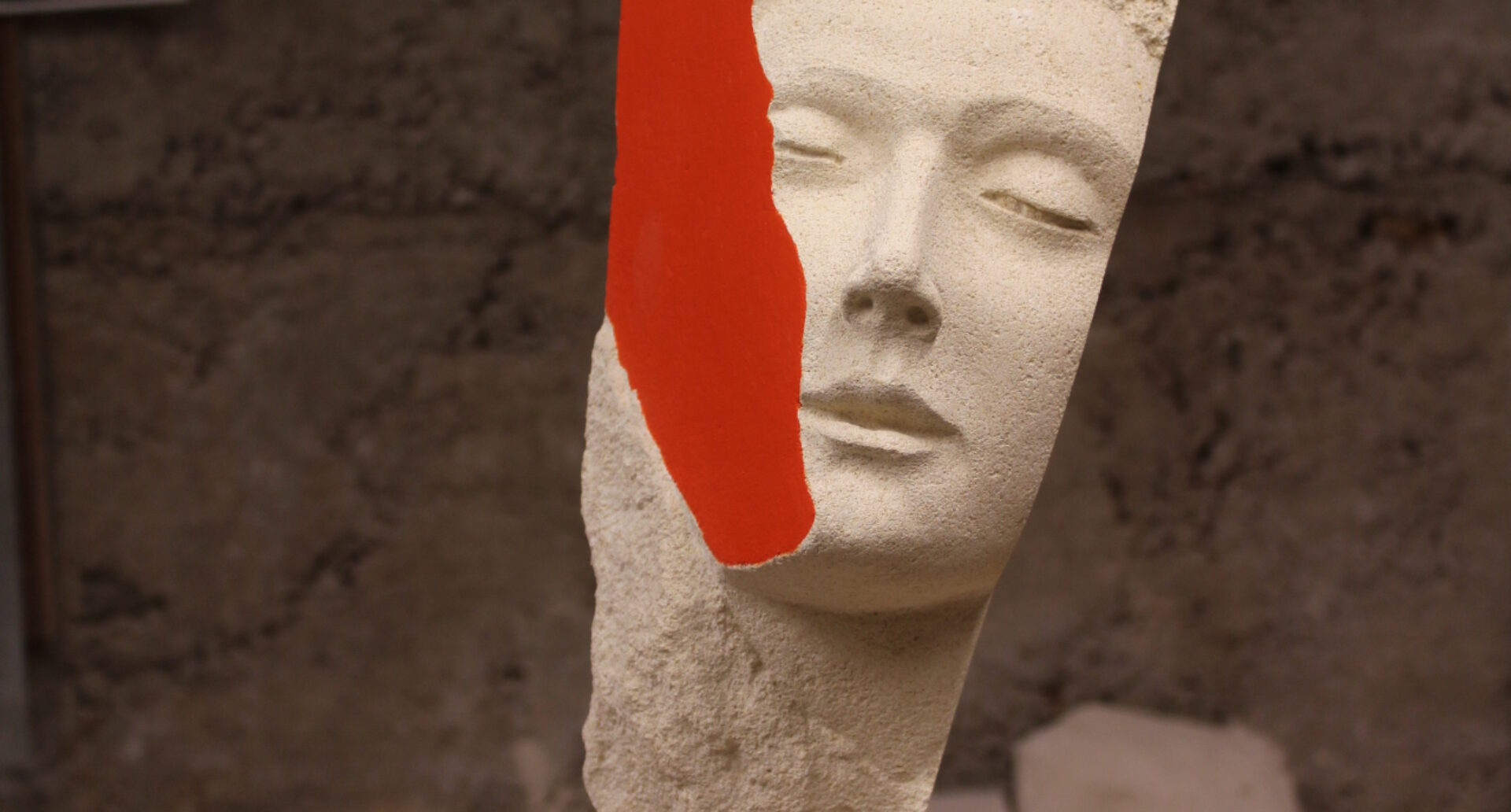 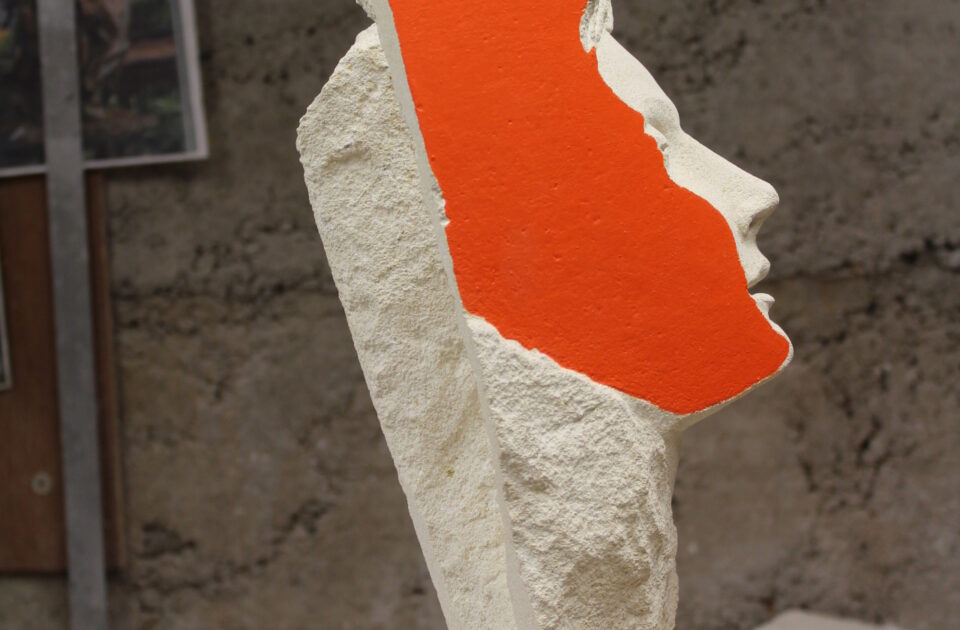 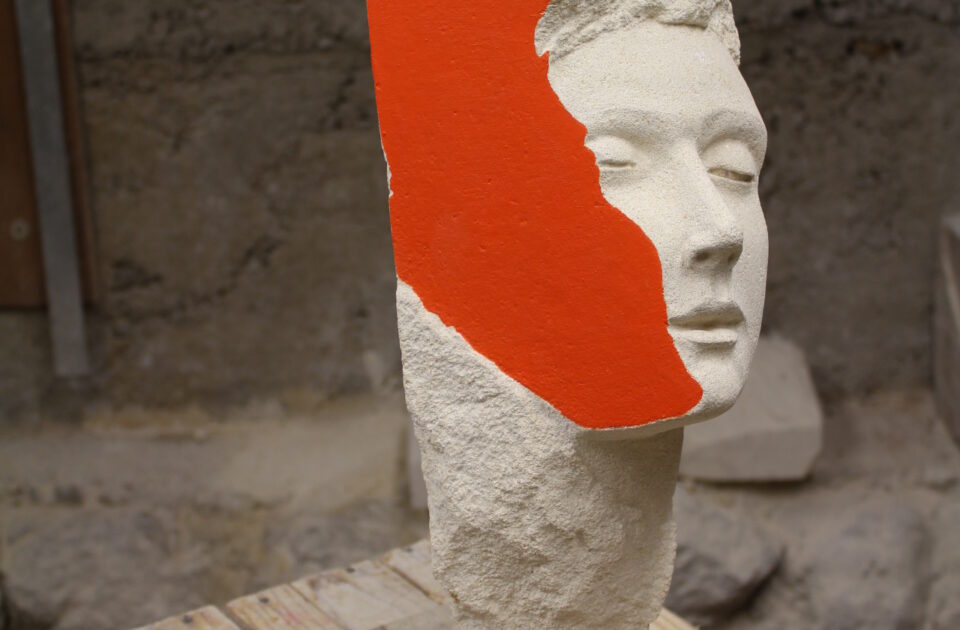 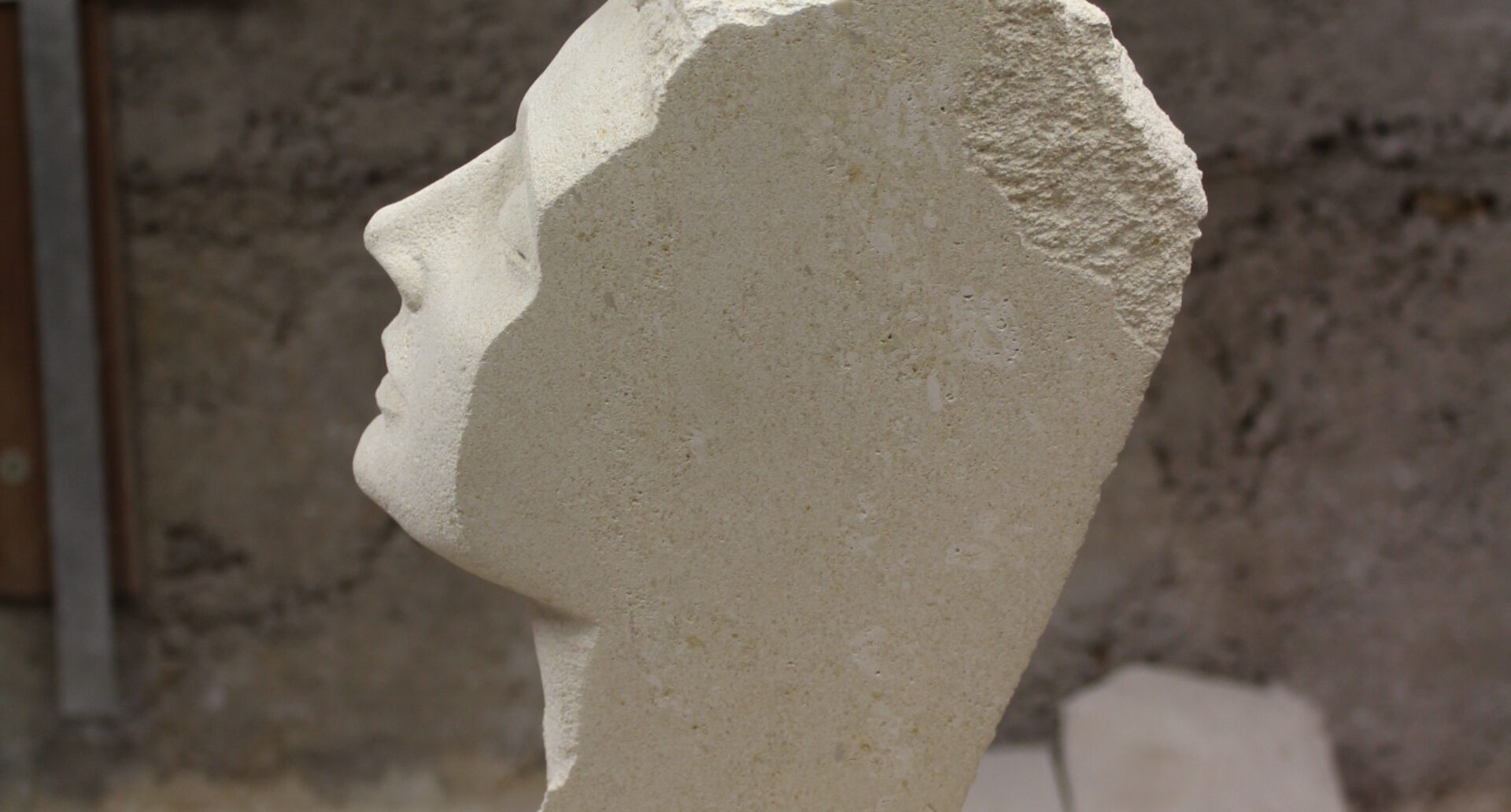 He enrolled at the “A. Martini” of Vicenza, where he learned the first artistic techniques. Fascinated by the informal by Alberto Burri, he soon discovered his love for the subject.

After that, he enrolled at the Academy of Fine Arts in Venice, learning to know the artistic three-dimensionality.

He has been working as a sculptor at the “Bruno Peotta e Geom. Luigi”.

The most recurrent image of his production is the face of a young woman, whose serene bending enchants and disturbs at the same time.

It enchants because it expresses youth and peace, it disturbs because it contains the mystery of life.

In the manner of an affectionate sweetness, it speaks the language of a mysterious beauty.

The female head, perfectly delineated in the block of stone from which it comes to life, seems to release thoughts in freedom from the flowing hair.

The face intersected by a polished surface that opposes the raw part, creates awe of the psychic as well as visual nature. It is an operation different from the art of taking away, where matter and form often reveal an inner conflict. A complete harmony governs these figures, which sleep protects from external contamination. A symbolic value has the bright color on the smooth surfaces of the face, displayed in such a way that the profiles of the faces on the stone can be seen from different angles as if they were lying on soft pillows. Mindful of the sculptures that once were painted, Zoncato uses the freedom granted to the contemporary artist to load his creations with different meanings, adopting a logic that is the same that governs the universe of dreams. His technical hand thus transfigures every mechanical materiality in a sort of spiritual evasion. (G. Menato)

He was born in Vicenza in 1975, where the so-called “Vicenza stone” is formed, used since Roman times for its excellent workability and used by the major Renaissance and XNUMXth century sculptors and architects.

Sculptor and lover of beauty approaches theart of upbeat during the years of study at the Academy of Fine Arts in Venice and then integrating technique and knowledge, in an ancient Vicenza laboratory where stone is still worked with the traditional method.

Emanuel Zoncato faces stone with enthusiasm and respect, bringing to light what, sketched on paper, he feels belongs to the block itself. A limestone, slightly clayey with a variable color ranging from white to straw yellow to which, in recent experiments, he adds acrylic color, reinforcing the formal balance that is current in his works.

The Opera selected is entitled Face color # 2, part of a large cycle of sculptures and recently exhibited at Villa Fiorentino, seat of the Sorrento Foundation. A female face, recurring in his works, exudes solemnity, stability and grace. Lying on a non-polished part and “set” between two magenta-colored engravings, it brings to mind the atavistic need of the human being to use color on a stone surface. That color is for Emanuel Zoncato a territory to explore and a possible stylistic code, connection and formal support to his faces that investigate the human being in depth. Beyond the somatic features, smoothed with maniacal abundance, there is the contemporary man who in dialogue with the past traces the present. Through his intervention, the raw part acquires new, pre-existing form and content which, brought to light, embody the ideal of beauty inherent in the sculptor, in which the use of a Plexiglas base places even more emphasis on the sense of harmony and freedom. Zoncato’s ability also lies in making everything eurythmic and graceful, making the user forget the heaviness of the initial block and from which it all originates.