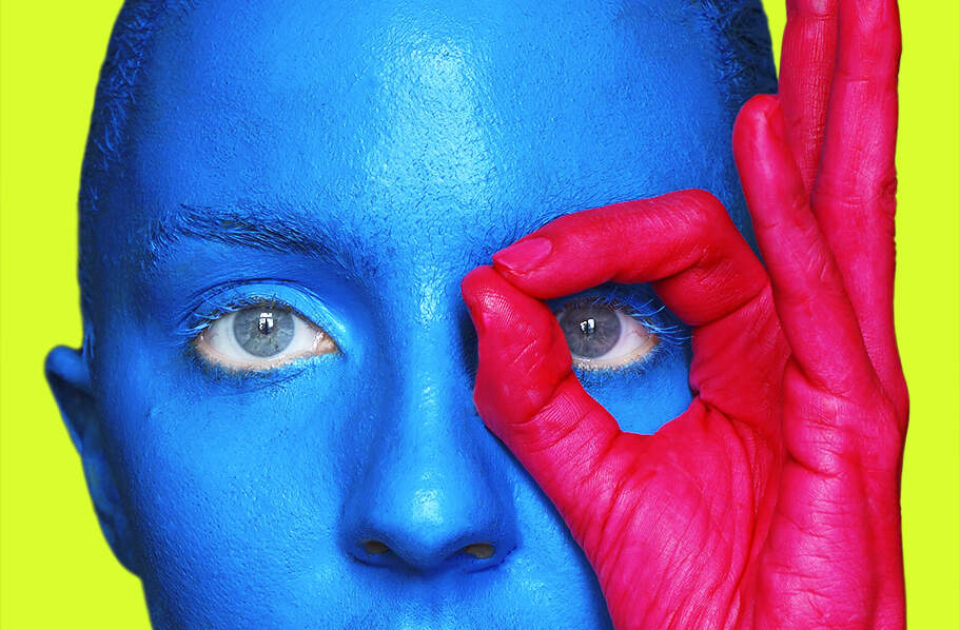 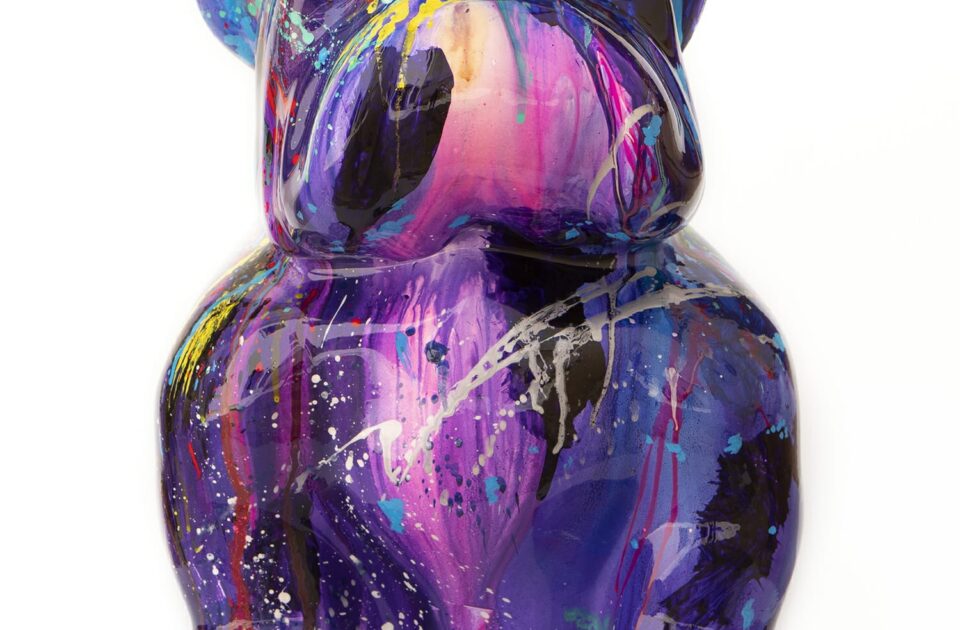 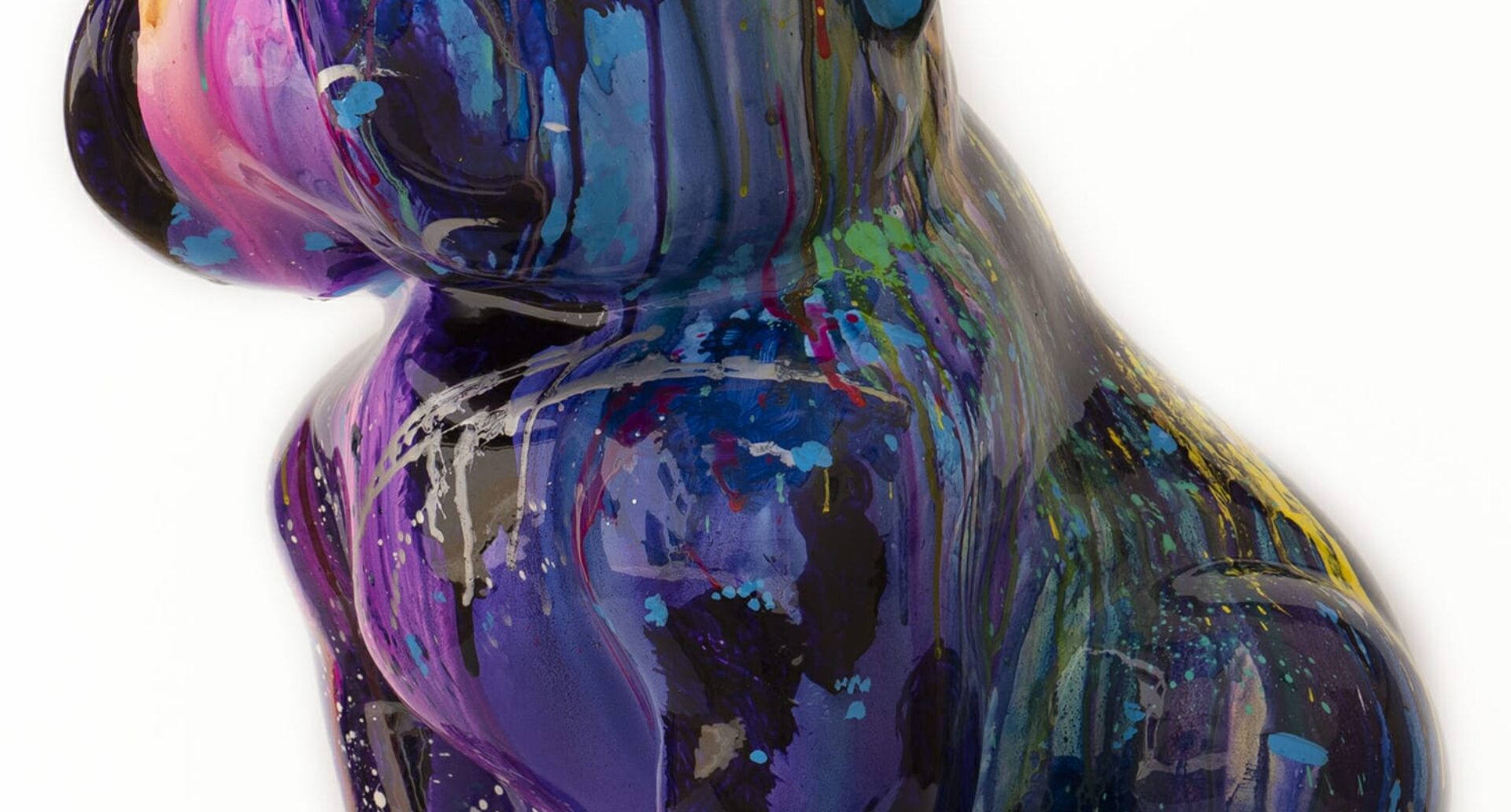 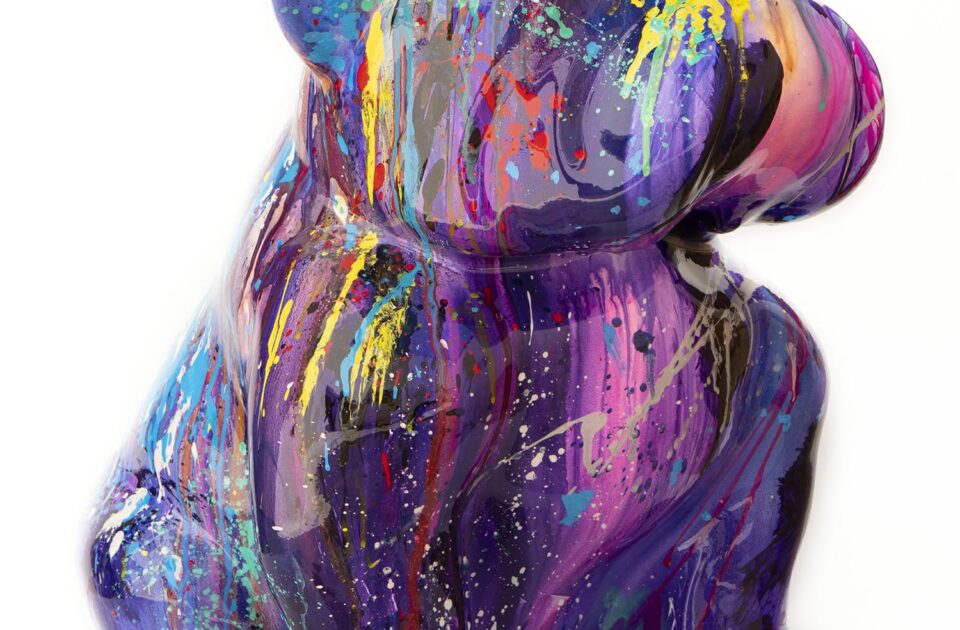 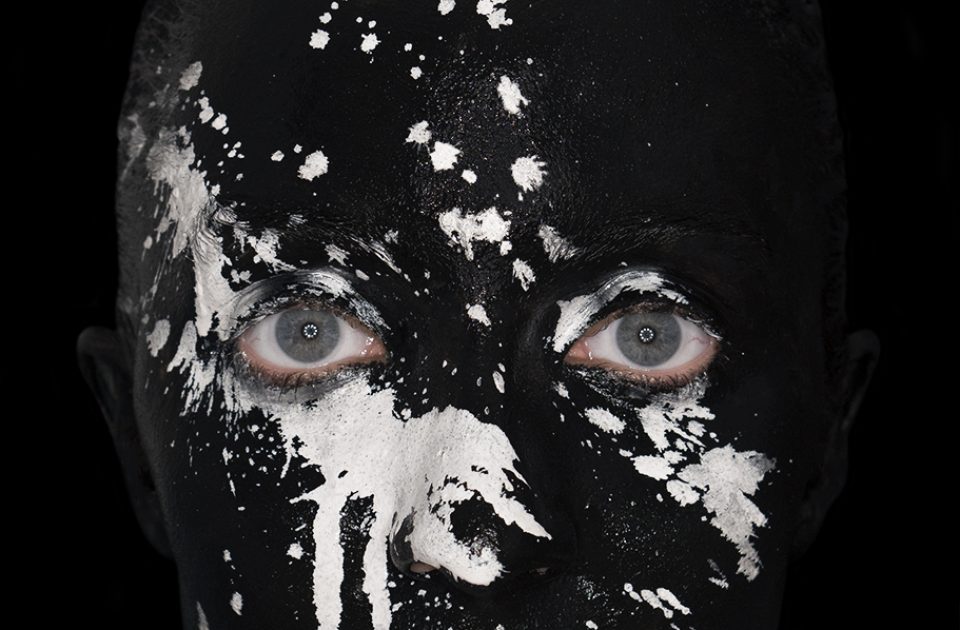 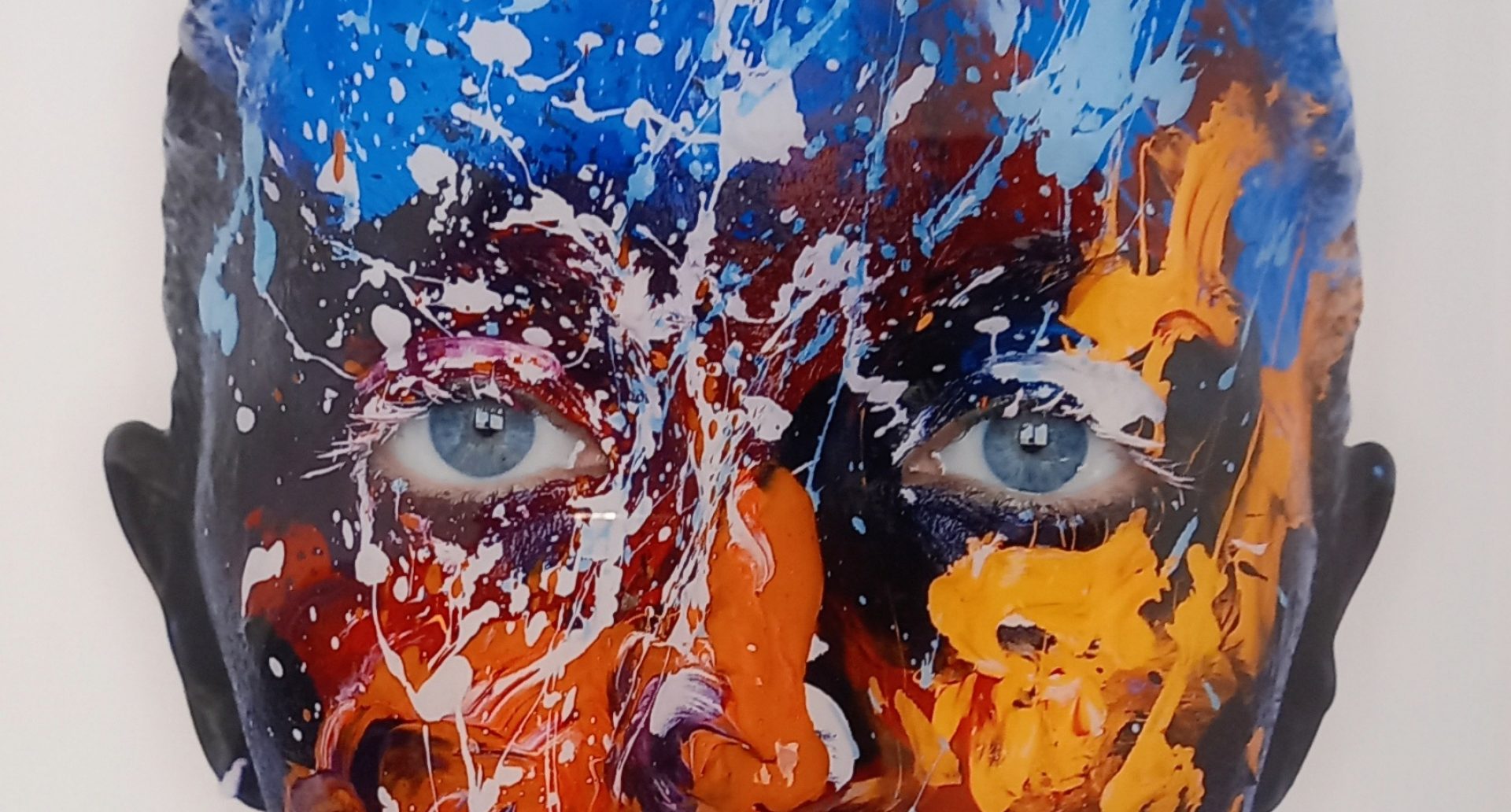 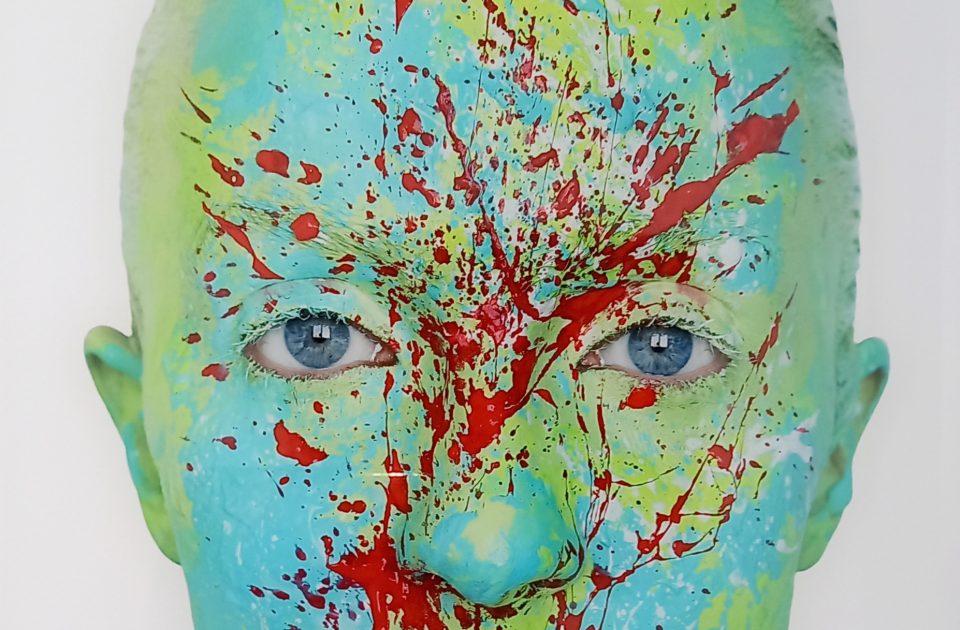 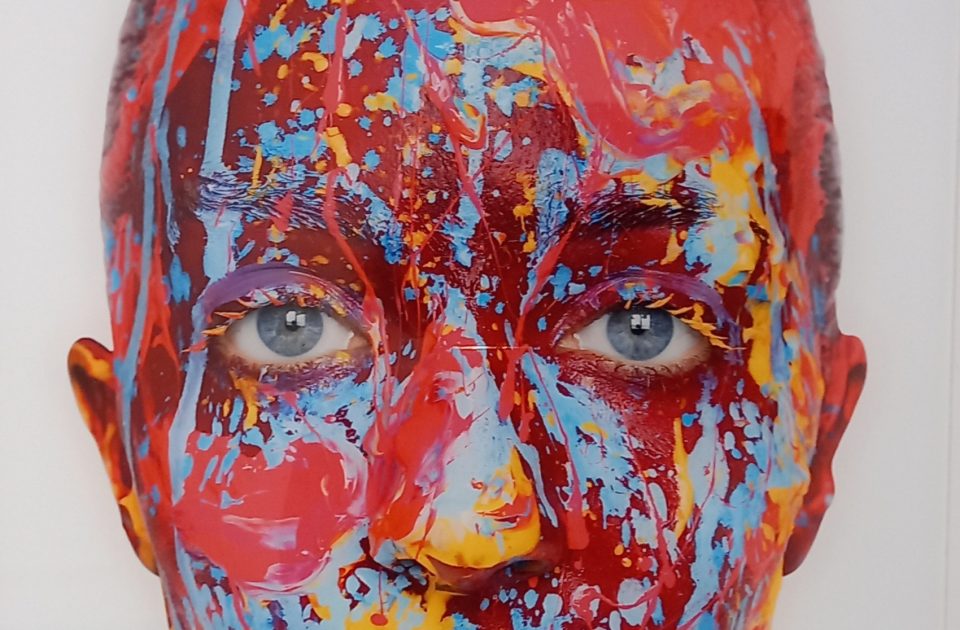 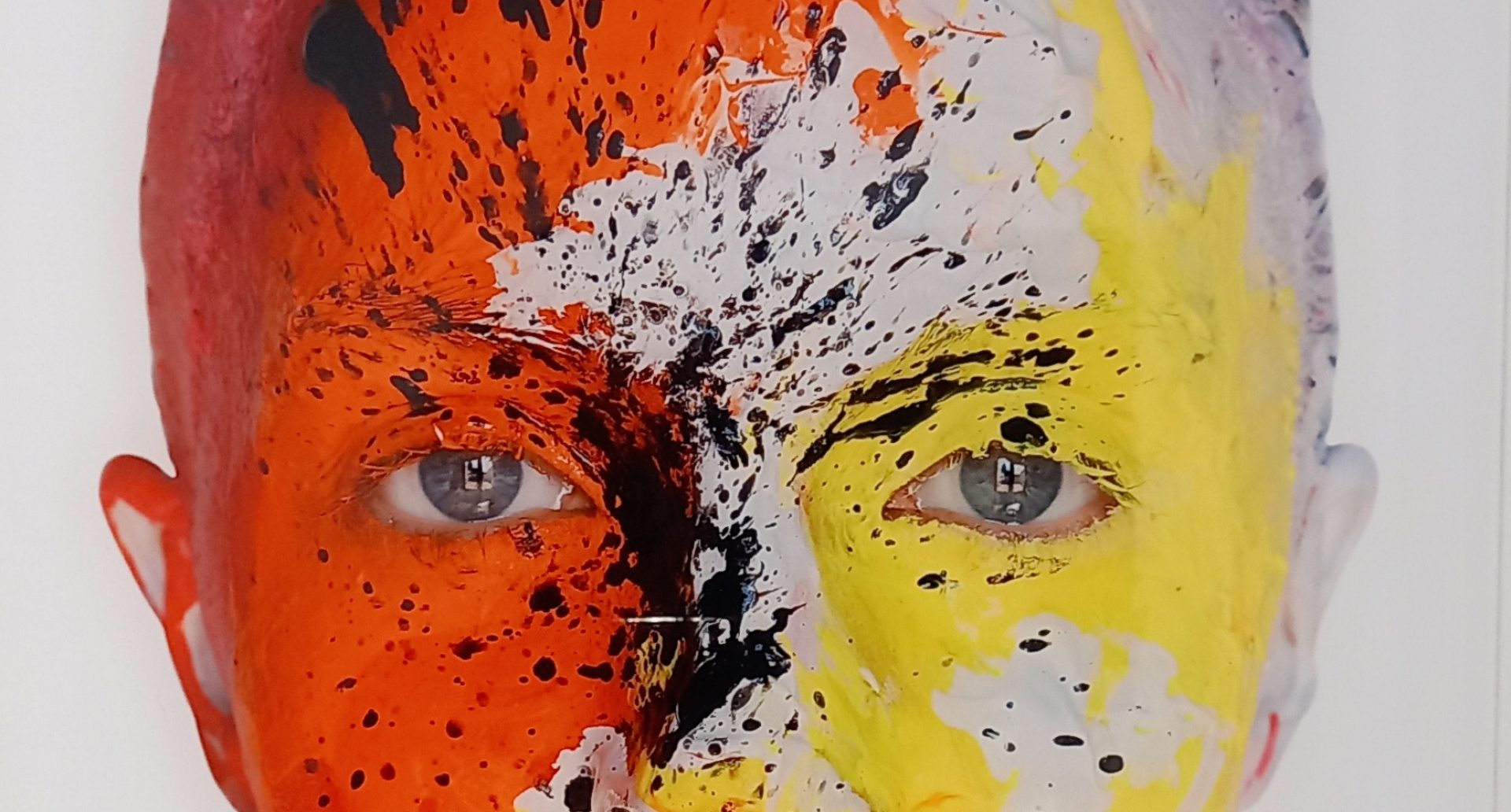 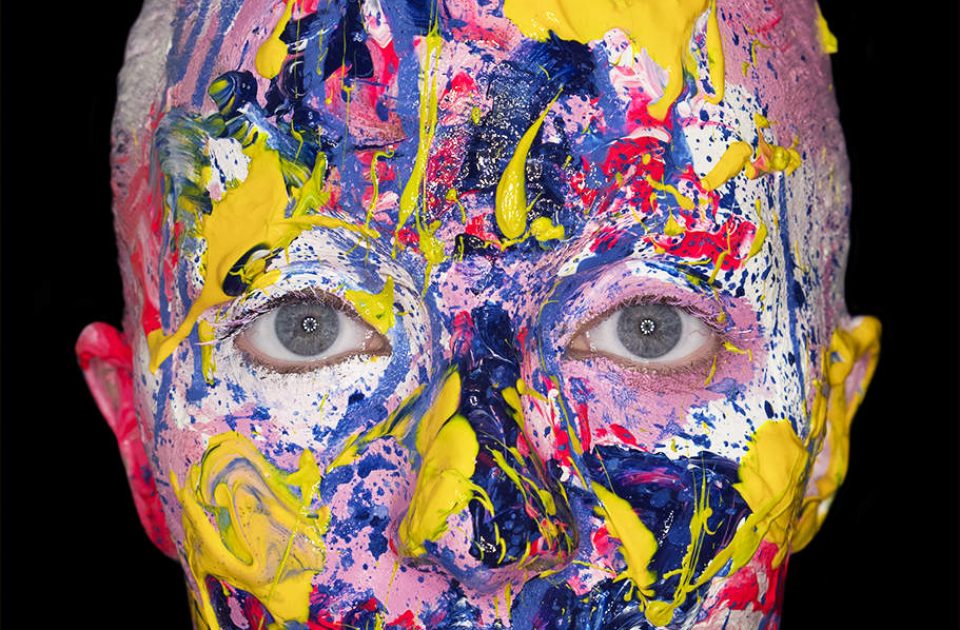 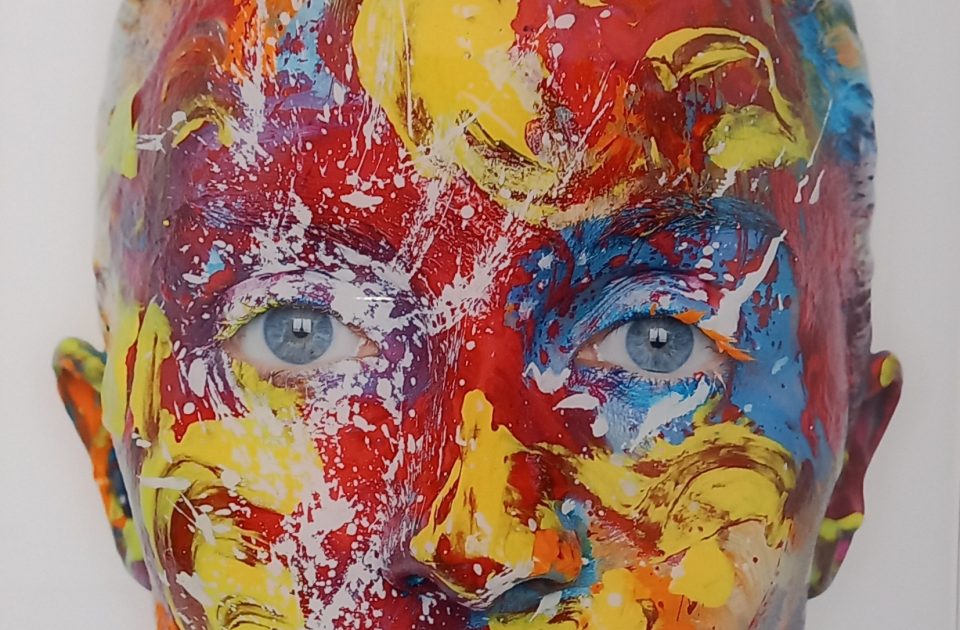 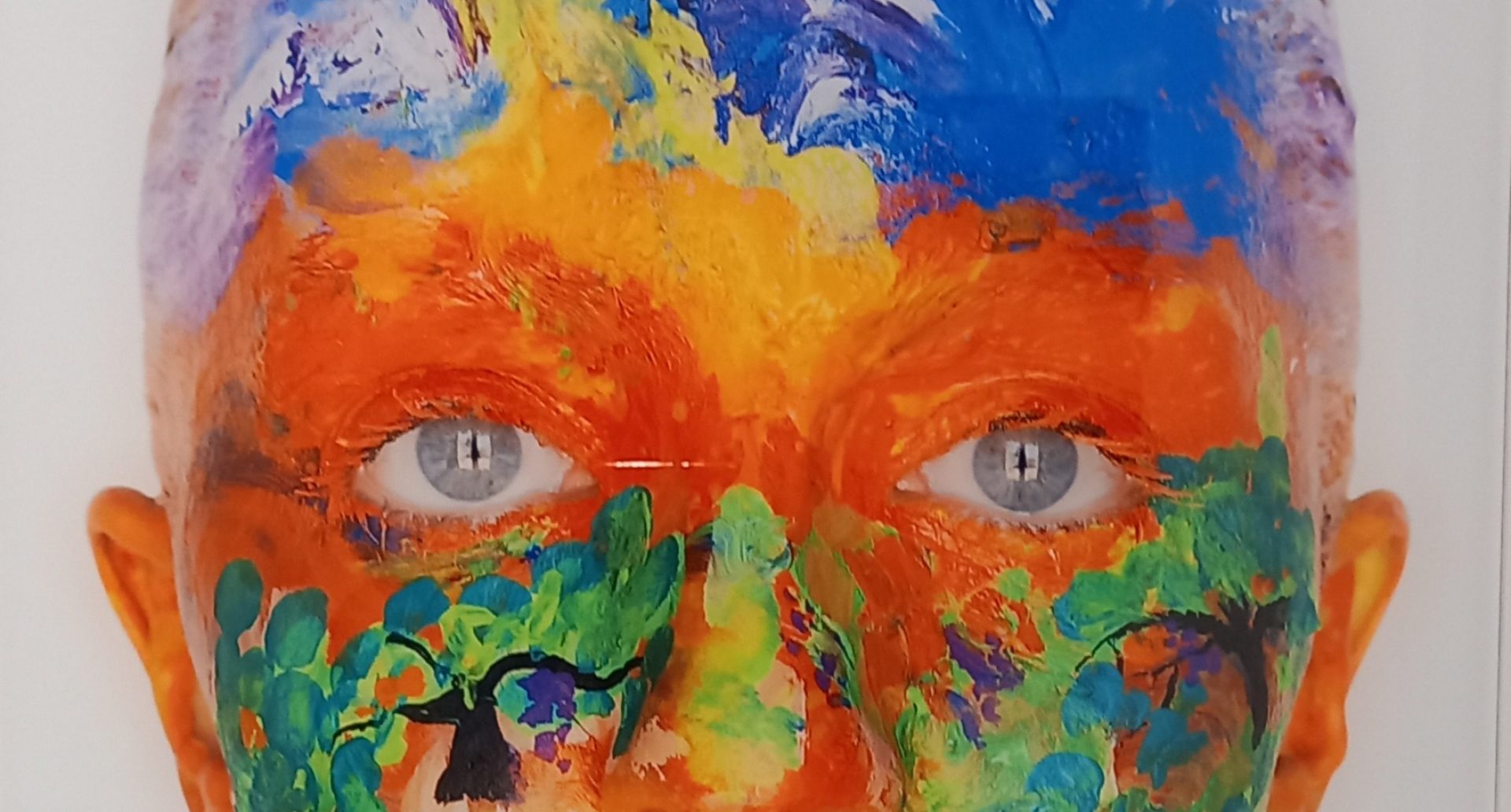 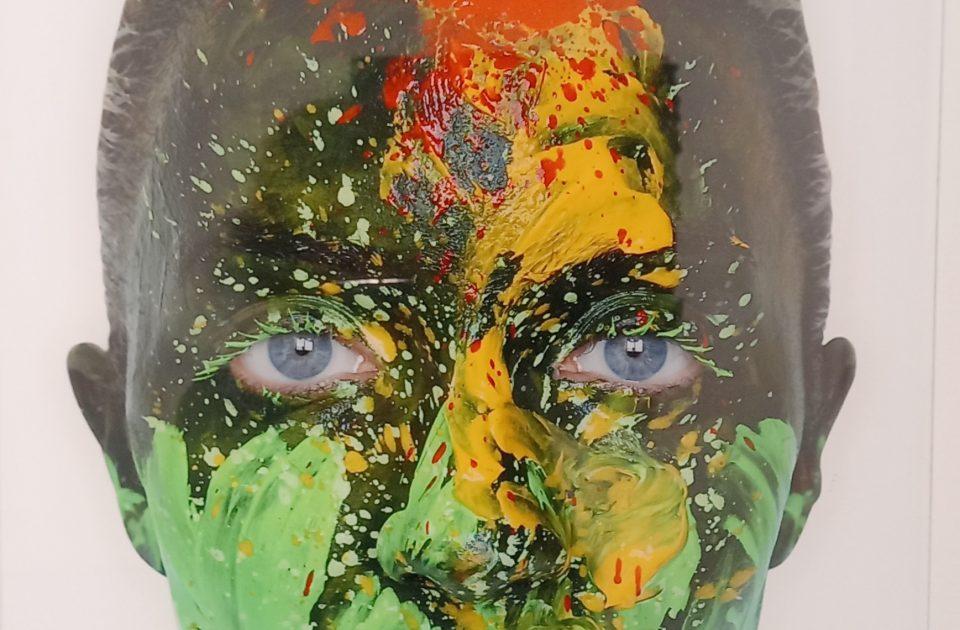 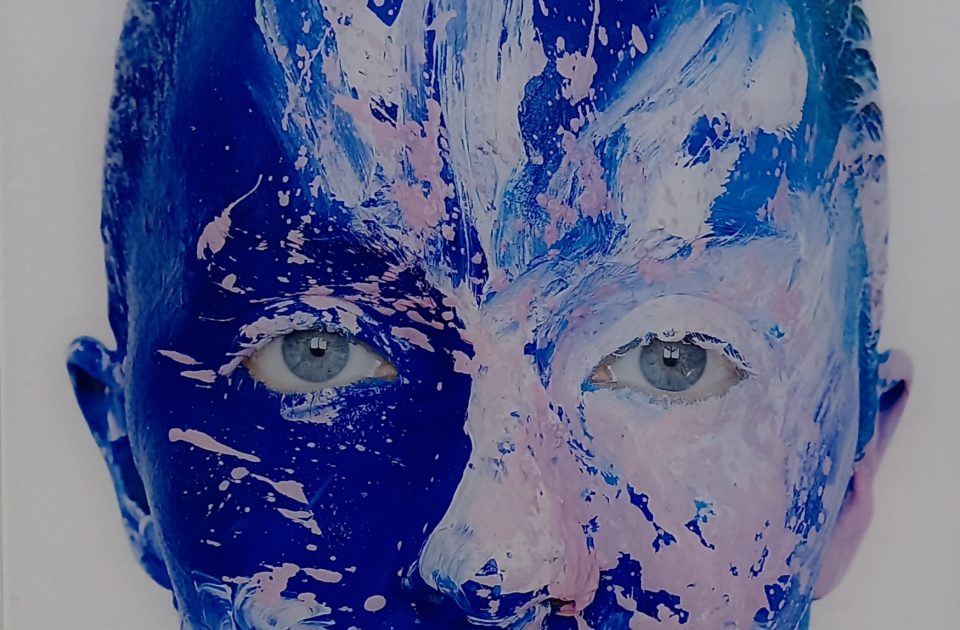 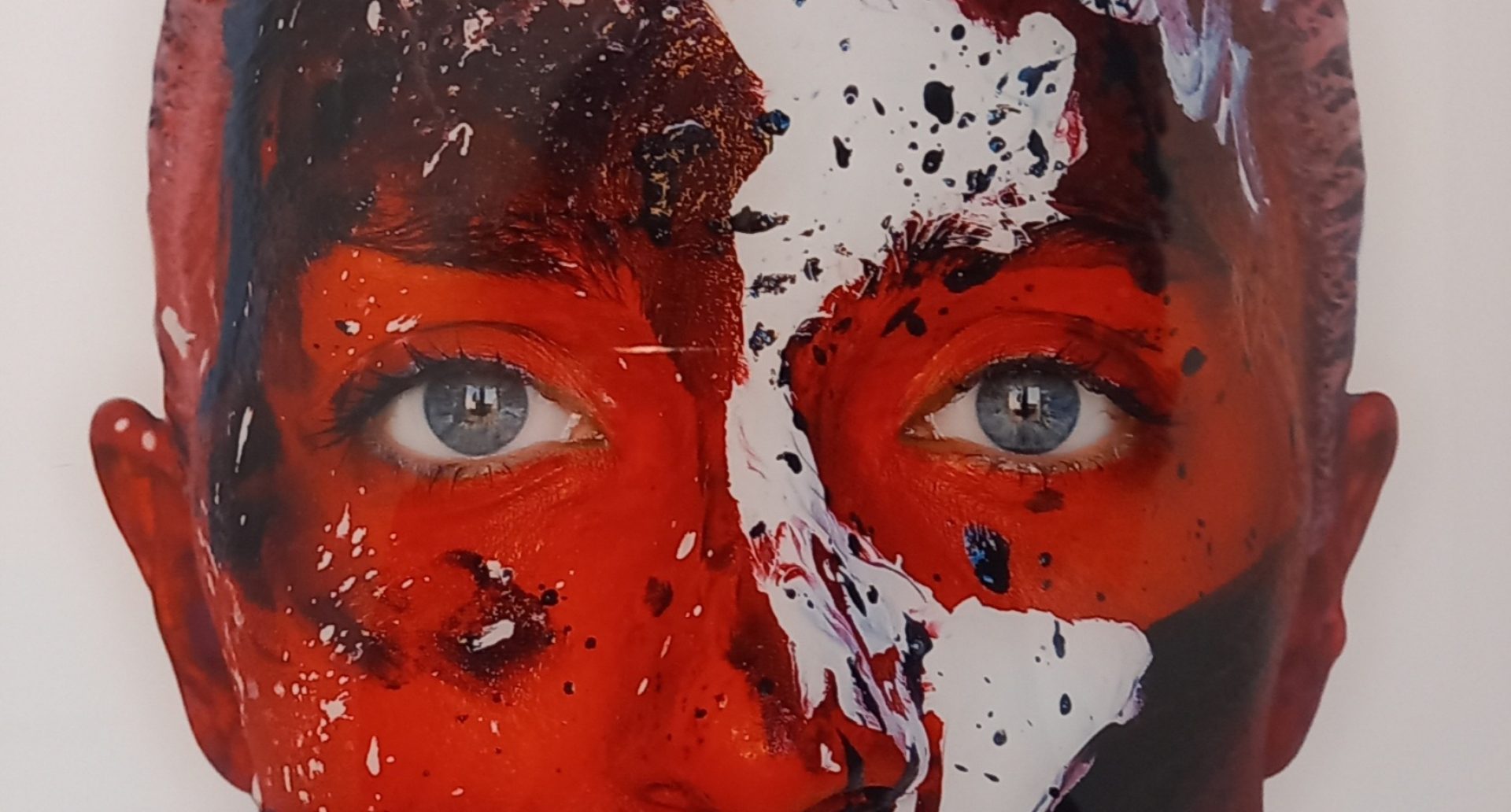 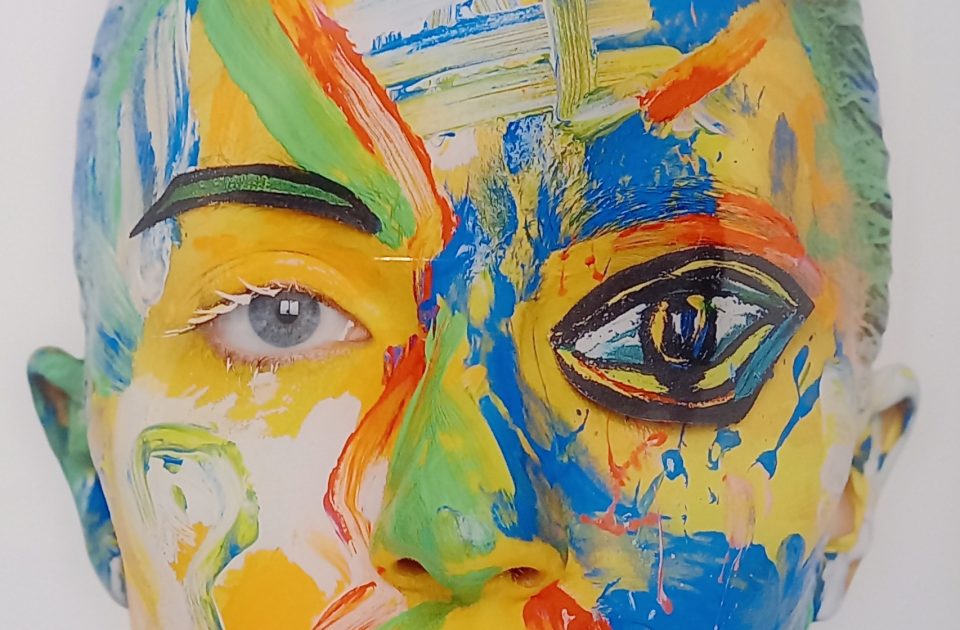 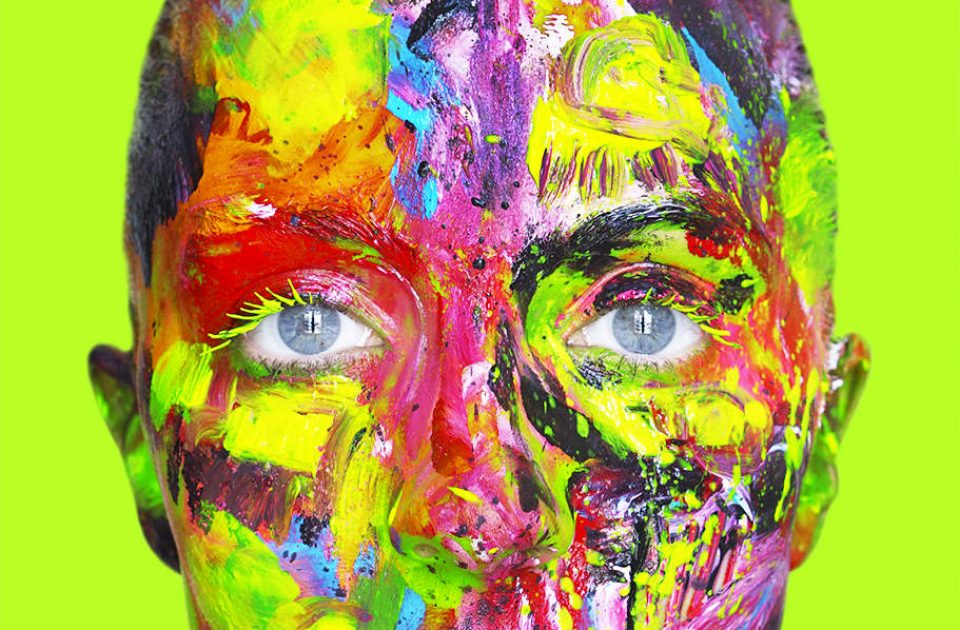 Elvira Carrasco (1990) is a spanish art historian and contemporary artist. Her “FACES PROJECT” is an artistic self-portrait proposal which mix photography and “Body Art”. This term defines the use of the own body as artistic canvas. Elvira prepares and meditates before proceeding to paint her face. To record the work, she captures it by her camera. Elvira is placed in front of a window, which will be the source of light. The pupils, and the eyes in general, give us a lot of information, in them, we can see the reflection of that window which give us the location where the photograph was taken. The self-portrait is a form of self-knowledge, something essential on it is the representation of the psyche, of the human soul. Her colour, is shocking, saturated and explosive. Elvira is influenced by her Spanish and, therefore, Mediterranean roots, where the sun and the light are present. Elvira discovers that abstraction is her best form of expression, with it she can unleash her emotions, with the use of colour and textures. Undoubtedly, what the artist offers us with her work is a perfect symbiosis between realism and abstraction. She works with national and international galleries, being represented in cities such as Madrid, Valencia, Barcelona, Malaga, Paris, New York, Tel Aviv, Eindhoven, Saint-Tropez, Lisbon or Chengdu. She has also participated and continues to do so at art fairs around the world such as the Art Palm Beach in Miami or the SCOPE in Basel.She declares: “My real frustration was to do something that no artist had done before, when I discovered it, as a result of knowing about global art, I was able to open a path through which nobody had passed before.” Elvira Carrasco.

Elvira Carrasco lives and works in Valencia.
Despite her young age she carries out an interesting, complex and original research and experimentation work entitled “Faces Project“.

After a preparation phase, as in a ritual, follows the drafting of the color on one’s body, in particular focusing on the face, assisted also by the touch of his hands, he prefers particularly liquid paints creating effects of overlapping floors at the moment of drafting. Gestural painting that moves from face to photography, central passage in his work. An artistic research that is contaminated with action painting, body art, performative art. Various programmed execution phases see the artist moving towards a harmonious, intense and highly communicative final result. In recollection in a room, leaving the outside world beyond a shaped window, a recognizable stylistic feature in each of her works, she realizes a self-portrait, through the photographic lens and by means of a self-timer, the event takes shape becoming a lasting image beyond time performative. The self-portrait as self-knowledge finds in its language an eccentric variation of considerable visual and emotional impact.

The Opera choice is called “Electrical” which I selected, together with two other works, for the SyArt Sorrento Festival. In the eyes pointed towards the observer, a light is intercepted which, at a careful glance, translates into an opening / window and which allows the viewer to know the exact position of the artist at the moment of the shot. A look that is the perfect synthesis of the pathos experienced by Elvira Carrasco, which with promptness and evocative force becomes reproducible and lasting.